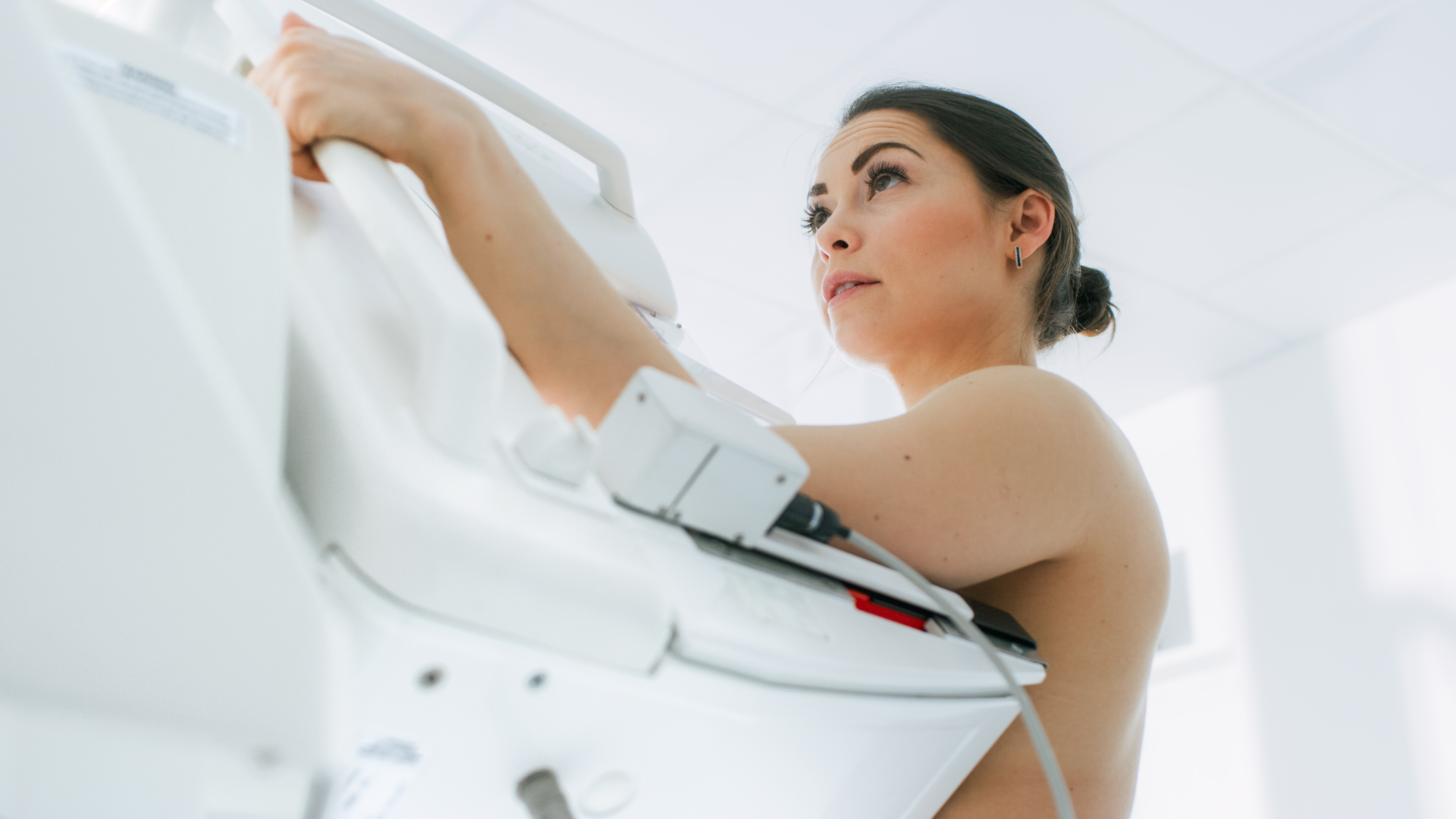 It was a challenging year for Jan Killen and her family when she was diagnosed with uterine cancer at age 69. She had just begun making treatment plans with her gynecologic oncologist at Willamette Valley Cancer Institute when her annual mammogram revealed something else.

It's estimated that 1 in 8 women in the U.S. will develop breast cancer over the course of their lifetime, and it is the most common cancer diagnosis for women in Lane County. The primary way to detect breast cancer is with a mammogram. Jan's breast cancer was detected through a 3D mammogram at Oregon Imaging Centers in Springfield.

The Difference Between Regular Mammograms and 3D Mammograms

The general process of going through a mammogram is the same for a conventional mammogram versus a 3D mammogram.

With a conventional mammogram two images are typically taken of each breast -- one from the side and one from the top. With a 3D mammogram several images are taken from different angles and then put together in a digital image to give the radiologist a more clear view of the breast tissue.

Because of the greater clarity and more information included in the imagery, a 3D mammogram is recommended for women when possible. For women in the Eugene area, and surrounding communities, 3D mammograms are available.

How Does 3D Mammography Work?

During a 3D mammogram, a machine takes many low-dose X-rays as it moves over the breast, then a computer compiles the images to create a 3D picture that allows radiologists, like Dr. Sims, to see the breast tissues more clearly than what a 2D picture provides, increasing the likelihood of spotting abnormalities or detecting a false positive.

This imaging improvement is also reducing the number of patients who are called back for additional testing. From the patient perspective, very little is the difference between 3D imaging and traditional mammograms. However, because the 3D mammogram produces more images, it may take the radiologist a bit longer to review the results. It is also important to note that the 3D mammogram does not produce any more radiation than a traditional mammogram, so patients are not exposed to a higher risk.

"Since we adopted 3D mammography at Oregon Imaging Centers, our recall rate decreased immediately, to almost 50 percent. And what that means for a patient is that they aren't being called back unnecessarily for things that turn out to be nothing. At the same time, 3D mammography has allowed us to detect more cancers," he says.

"They brought me in, they showed me the images and basically assured me that it was very treatable. So, that was comforting, and I thought, 'OK. I can do this. I can do this.'"

Jan had a long road ahead of her, undergoing chemotherapy and radiation to treat both her uterine and breast cancers. However, with support from her care team at WVCI and Oregon Imaging Centers, and her family, Jan says she feels strong, and she's confident she's in the right hands.

It's important to know your breast cancer risk level so that you know when you should begin screenings. For average-risk patients, age 40 is a common starting point.

According to the American Cancer Society, there are general guidelines to follow for people who are classified as "average risk" for breast cancer. The guidelines are as follows:

Screenings should continue each year for as long as the woman remains in good health and is expected to live for another ten years. It's also important to familiarize yourself with your breasts so that you can report any changes to your doctor right away. Continue self-exams regularly to ensure that you catch any subtle changes as soon as possible.

Your Risk for Developing Breast Cancer May Impact Your Screening Schedule

Talk to your doctor about your family history.

You’re at higher risk of developing breast cancer if an immediate family member has been diagnosed or if you've been previously diagnosed with breast cancer or another form of cancer. If you have ever been diagnosed with another type of cancer, be sure you don’t miss a mammogram as recommended by your doctor. In Jan’s case, it was a surprise to find two types of cancer at once. But staying on schedule was life-saving for her.

A 3D mammogram does not require a referral from a physician, but insurance coverage varies. WVCI is here to serve breast cancer patients in the Eugene and Corvallis areas including the coast. If you receive a breast cancer diagnosis, please contact the office near you for an appointment with a breast cancer specialist.

Are There Early Signs of Breast Cancer?