Each year in the United States, more than 43,000 people are diagnosed with cancer of the pancreas. Most are over 65 years old.

There are two main types of pancreatic cancer:

If you or a loved one has been diagnosed with pancreatic cancer, know that we are here for you. Our cancer care team of medical oncologists, radiation oncologists, and compassionate staff will support you and your family every step of the way. If you have questions about a pancreatic cancer diagnosis or would like a second opinion, reach out to the WVCI team. We are located in Corvallis, Eugene, Florence, and Lincoln City.

If you have symptoms that suggest cancer of the pancreas, your doctor will try to find out what’s causing the problems. You may have blood or other lab tests.

You may have one or more of the following tests:

Some doctors use the following tests also:

If cancer of the pancreas is diagnosed, your doctor needs to learn the extent (stage) of the disease to help you choose the best treatment.

Staging is a careful attempt to find out the following:

To learn whether pancreatic cancer has spread, your doctor may order CT scans or EUS.

These are the stages of cancer of the pancreas: 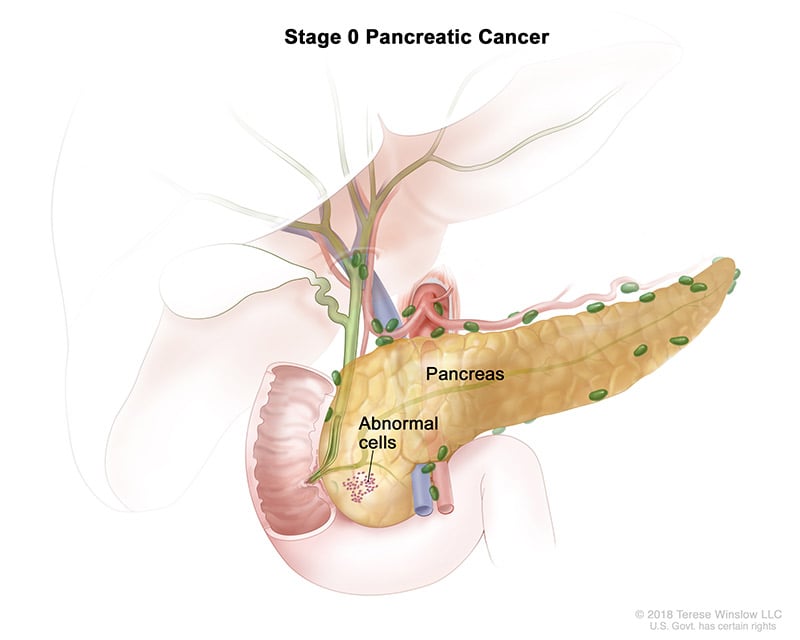 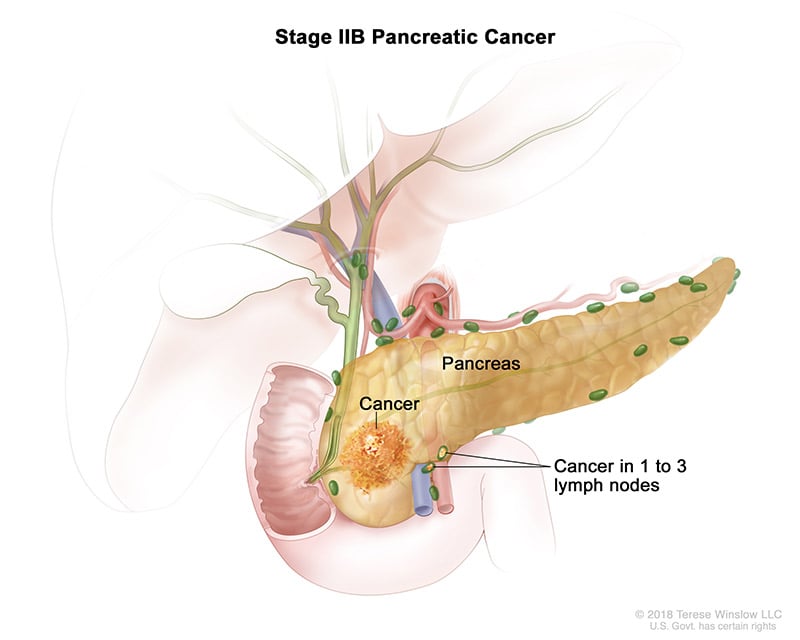 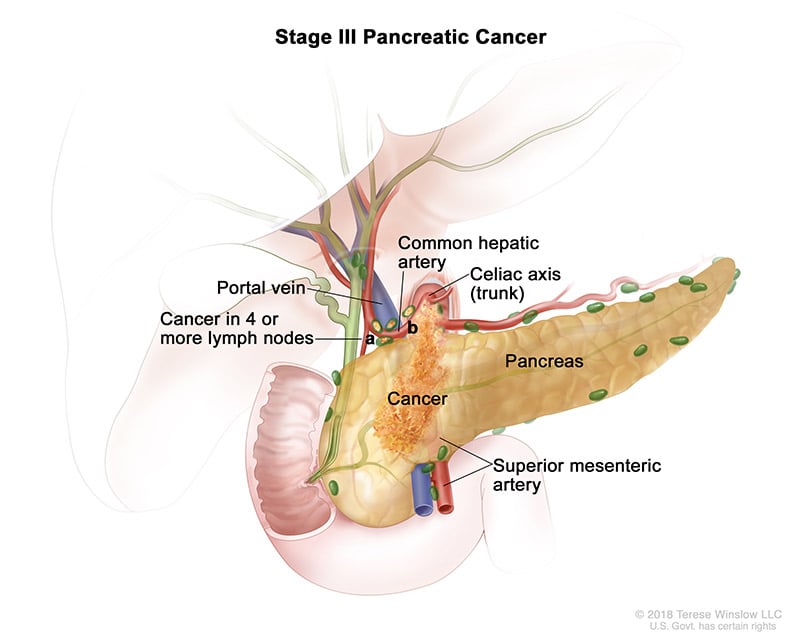 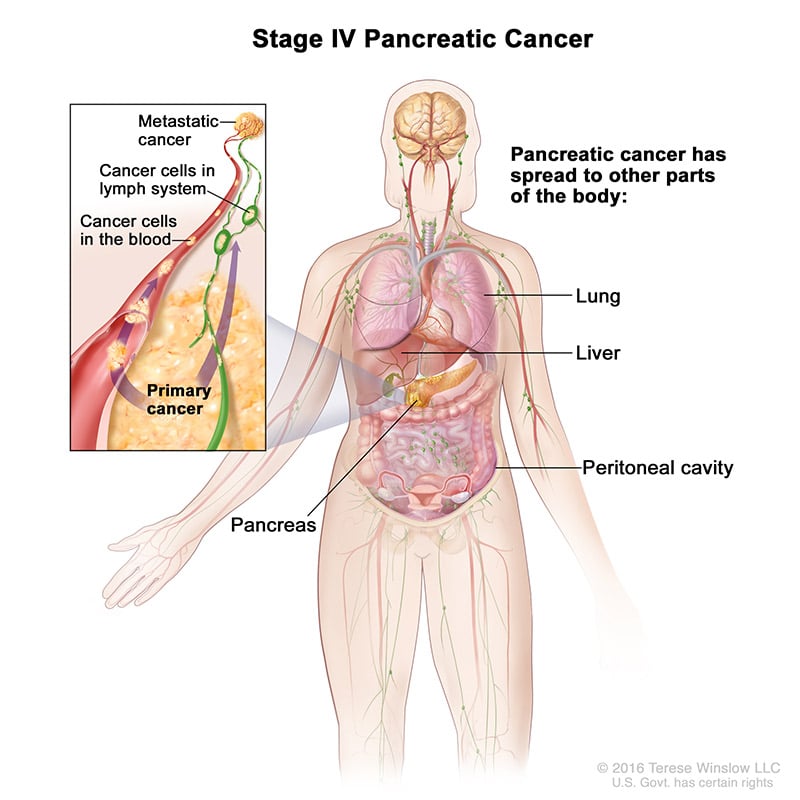 Treatment options for people with cancer of the pancreas are surgery, chemotherapy, targeted therapy, and radiation therapy. You’ll probably receive more than one type of treatment.

The treatment that’s right for you depends mainly on the following:

At this time, cancer of the pancreas can be cured only when it’s found at an early stage (before it has spread) and only if surgery can completely remove the tumor. For people who can’t have surgery, other treatments may be able to help them live longer and feel better.

You may have a team of specialists to help plan your treatment. Specialists who treat cancer of the pancreas include surgeons, medical oncologists, radiation oncologists, and gastroenterologists.

Surgery may be an option for people with an early stage of pancreatic cancer. The surgeon usually removes only the part of the pancreas that has cancer. But, in some cases, the whole pancreas may be removed.

In addition to part or all of your pancreas, the surgeon usually removes the following nearby tissues:

Also, the surgeon may remove your spleen and nearby lymph nodes.

Surgery for pancreatic cancer is a major operation. You will need to stay in the hospital for one to two weeks afterward. Your health care team will watch for signs of bleeding, infection, or other problems. It takes time to heal after surgery, and the time needed to recover is different for each person. You may have pain or discomfort for the first few days. It’s common to feel weak or tired for a while. You may need to rest at home for one to three months after leaving the hospital.

Chemotherapy for pancreatic cancer is usually given by vein (intravenous). The drugs enter the bloodstream and travel throughout your body. Chemotherapy is given in cycles. Each treatment period is followed by a rest period. The length of the rest period and the number of cycles depend on the anticancer drugs used. Some drugs used for pancreatic cancer also may cause tingling or numbness in your hands and feet.

People with cancer of the pancreas who can’t have surgery may receive a type of drug called targeted therapy along with chemotherapy.

Targeted therapy slows the growth of pancreatic cancer. It also helps prevent cancer cells from spreading. The drug is taken by mouth.

Side effects may include diarrhea, nausea, vomiting, a rash, and shortness of breath.

Radiation therapy uses high-energy rays to kill cancer cells. It can be given along with other treatments, including chemotherapy.

The radiation comes from a large machine. The machine aims beams of radiation at the cancer in the abdomen. You’ll go to a hospital or clinic 5 days a week for several weeks to receive radiation therapy. Each session takes about 30 minutes.

Although radiation therapy is painless, it may cause other side effects. The side effects include nausea, vomiting, or diarrhea. You may also feel very tired.

Visit the National Cancer Institute where this information and more can be found about Pancreatic Cancer or ask your cancer care team questions about your individual situation.