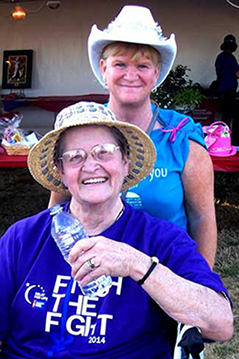 For WVCI staff, Relay For Life is personal

Bonnie Allen has a unique perspective on cancer.

In her role as a senior executive administrative assistant at Willamette Valley Cancer Institute, Bonnie supports doctors and staff in treating patients. As a mother, daughter, sister, and granddaughter, Bonnie’s watched the disease repeatedly touch the lives of the people closest to her.

“We have a lot of cancer in our family,” Bonnie says. “When it bites you personally, you stand up and pay attention.” She doesn’t mind sharing her story, but the first question she asks is, “Where do I start?”

Perhaps the logical place for Bonnie to begin would be at age 19 when she was diagnosed with a form of lymphoma. She underwent surgery and remains cancer-free. Then again, maybe it makes sense to start Bonnie’s story two years earlier when her great grandmother lost her battle with breast cancer. Bonnie could also talk about her father’s melanoma, or when her sister, her aunt, her uncle and her cousin were told they had cancer.

“Our family calls it wildfire cancer because the disease moves quickly in most of those who’ve had it,” Bonnie said.

Over the years, Bonnie has been involved in some way with the American Cancer Society’s Relay For Life. For the last two years, she’s organized WVCI’s relay team.

The annual event became deeply personal for her in 2011, when her mother, Barbara, was diagnosed with ovarian cancer. It was a scary time for the family, and it made Bonnie reevaluate what’s most important in her life.

“Family is everything, and we concentrate on living each day to the fullest and appreciating the small moments,” she said. “We know the importance of taking photographs of the people we love.”

Some of the most memorable photos Bonnie has are of her mom taken at Relay, including one captured during the Survivor’s Walk.

“That was amazing,” Bonnie said. “To see my mom, who was struggling to walk, make it a full lap around the track with the crowd applauding was incredibly touching.”

Another unforgettable moment during the 24-hour event happened when butterflies were released into the air to symbolize hope and a new beginning. A butterfly landed on her mother’s hand and stayed there as she sheltered it from the breeze.

Bonnie is happy to report that her mother is doing well now, but she thinks about her when she comes to work at WVCI every day. Bonnie is thankful for the care her mother and other patients receive.

That is why doctors and staff from WVCI again attended this year’s Eugene-Springfield Relay For Life. They handed out sunscreen to the walkers, and doctors Benjamin Cho, Glenn Buchanan, and John Fitzharris helped raise money for the American Cancer Society by volunteering for the Dunk-a-Doc tank. For them, cancer is personal too.

“We are at a time when a real difference is being made in the treatment of cancer,” Dr. Fitzharris said. “In previous years, early diagnosis and methods of diagnosis resulted in significant improvements and now, we are finally seeing a time when treatments are able to be modified to specific cancers. It really is a time of transition and a time of great hope.”

That hope is what keeps Bonnie optimistic. “Progress is definitely being made and we’re on the right path. We just have to continue.” 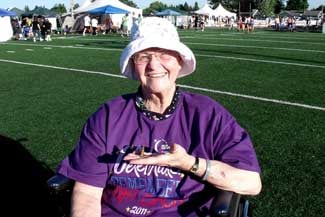 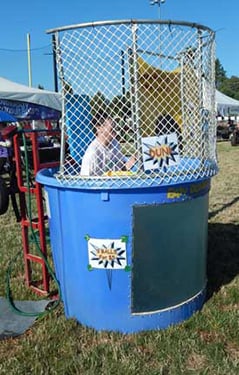 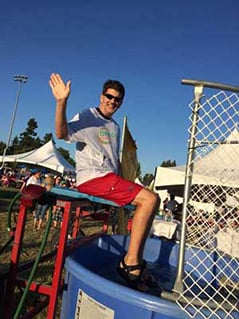