Special recognition for a horse who brought joy to patients

During times of uncertainty or challenge, it’s often the simple things that bring people comfort. That’s certainly true for Julie Beckett of Springfield, who says her American Quarter Horse named Blondie, a show horse for more than a decade, helped comfort her through some tough times when she was growing up.

“I fell in love with her as a baby, and she was my dream horse,” Julie says. “She’s been in my life for just over 20 years now, and you don’t often get such a dependable relationship like that—I mean, even with people. She’s been my rock for a long time.”

What Julie didn’t know is that her horse brought comfort to a lot of people, including patients at Willamette Valley Cancer Institute, who watched Blondie every day from the fifth-floor windows of the RiverBend Pavilion while they received treatment.

“Our chairs were all lined up against those windows, and we had a perfect view of Blondie,” says cancer survivor Sherry Norman. “She would do funny things; she would roll in the mud or just walk around. She brought us comfort and joy, she brought us love and she brought us inspiration.”

When WVCI closed its RiverBend clinic and consolidated its services at its Country Club Road clinic in Eugene last December, the view for patients changed.

“When we found out we were consolidating last year, all I heard from staff was ‘What about Blondie? We need a picture of Blondie,'” says WVCI oncology nurse manager Janie Conner. “Everyone was quite distressed about not being able to see her every day.”

Janie and Sherry set out to change that. Sherry grabbed her camera and headed to Blondie’s pasture to take photos of the beloved horse. In the process, she contacted Julie’s parents and connected with Julie, explaining how much Blondie has meant to patients for so many years. Then, she invited Julie and her family to WVCI for a very special event: a celebration to reveal a framed photograph of Blondie that now hangs on the wall of the infusion room at WVCI’s Eugene clinic. Patients who’ve been missing the horse can now see her once again.

“It was overwhelming,” Julie says of the touching gesture. “The picture captures Blondie just as she is. Just as they’ve seen her.”

“The reality is, there were thousands of people who sat at those windows at RiverBend. Some of those people are no longer with us, but Blondie is still a part of that family,” says Sherry. “When we came to Country Club, we needed to have her with us. We needed to make that happen. And here she is!”

The photograph was unveiled on Blondie’s 21st birthday. Dot Dotson’s of Eugene printed the photo and donated a framed keepsake photo for Julie that was signed by WVCI staff and patients. Fred Meyer donated carnations to be handed out to patients in the infusion room, and the crowd that gathered for this upbeat occasion sang Happy Birthday to Blondie, accompanied by ukulele player Charlie Hamada. It was a true celebration for a horse who has given so much to others—by simply being a horse. 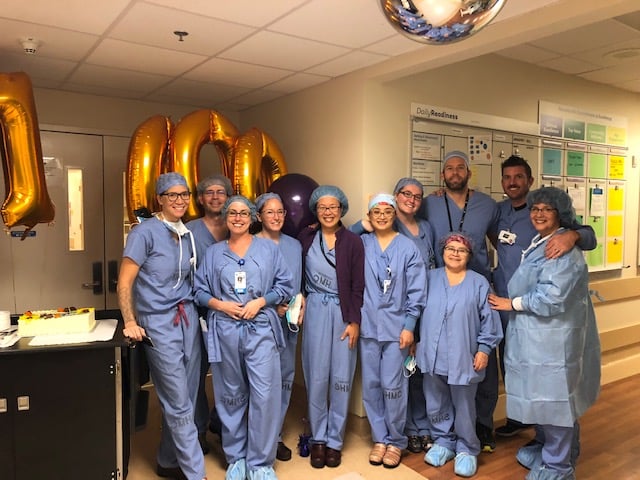 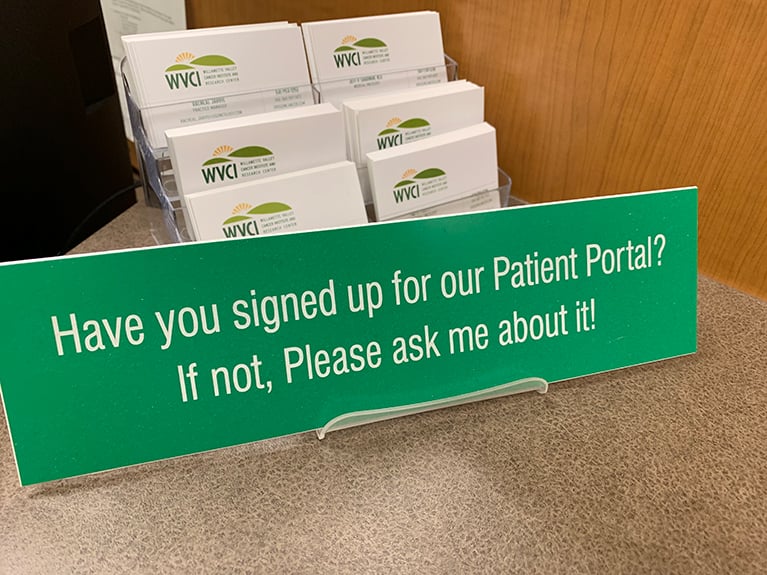