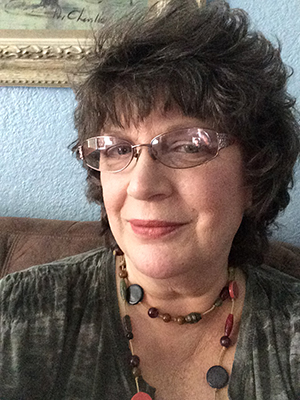 Every Monday, Diana Whitmire drives to Willamette Valley Cancer Institute’s RiverBend clinic in Springfield. Her standing appointment is not with her doctor—Diana’s been cancer-free for 6 months—instead, she’s there to meet with other patients.

Diana volunteers at the Cancer Resource Center at RiverBend, a partnership between WVCI and the American Cancer Society.

“I have the ability to help brighten a patient’s day by connecting them with resources and information,” Diana says. “It’s huge for me to have the opportunity to do that.”

Experiencing cancer
Diana knows all about the impact cancer can have. When she found a lump in her breast in fall of 2014, she was worried, but she didn’t tell her family right away. At the time, her sister was in the end stages of uterine cancer, so Diana put her own health concerns on the backburner and traveled to California to be with her.

“It was hard. I have two daughters in their 30s and I wanted to tell them, but my thinking at the time was, ‘We needed to support my sister and deal with me afterwards.”

After Christmas that year, she broke the news and underwent a biopsy that confirmed Diana had stage II breast cancer. She had chemotherapy, then a lumpectomy that removed the tumor and a small portion of the surrounding tissue. When a biopsy revealed cancer could still be present, she had a second surgery. Eight weeks of radiation followed.

Receiving support
It was a difficult year, both physically and emotionally, for Diana, but the care she received at Willamette Valley Cancer Institute was second to none, she says.

“It was excellent. Honestly, it couldn’t have been any better unless they’d given me a mink coat to sit on while I had chemo!” she laughs. “Dr. Fiorillo was wonderful and the staff was so supportive.”

It was that support—and the attentiveness of patient navigator Anne Gallagher, who is also a cancer survivor—that got Diana thinking about ways she could offer comfort to others.

“When you’re scared, it’s nice to talk to someone who’s been through it. Anne was able to answer my questions and concerns. She’s been there, and she’s had similar fears,” Diana says. “After speaking with her, I remember looking at my daughter and saying, ‘I want to help others.'” 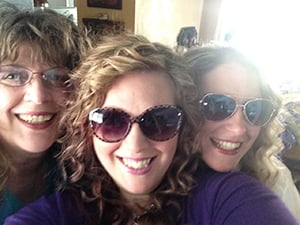 Diana with daughters Brandie and Sarah

Offering her time
When Diana finished her own cancer treatment, it was time to make good on her intentions to volunteer.

“For a year and a half, my whole life was monopolized by cancer and getting rid of it. After I finished treatment I thought, ‘Now what do I do? Oh yeah, I can get back to my life!'”

Diana has been volunteering in the Cancer Resource Center as an American Cancer Society volunteer for over a month now. She shares with patients information on ACS programs, such as transportation assistance and support services, including Reach to Recovery and Look Good, Feel Better, and she helps women schedule wig fittings.

“Sometimes, what people need is just someone to listen. They want to talk, and I can relate. I’ve been there, too,” she says.

Life after treatment
Diana has always appreciated her life and the people in it, but she says having cancer did change how she sees the world around her—humbling her and making her more sympathetic to what others are going through in their own lives. And it impressed upon her the importance of staying positive.

“Cancer does test your faith, that’s for sure, but I can’t waste my time worrying about it coming back,” she says. “When anxiety or fear tries to creep in, you just have to push it away. There’s always more important things to focus on.”