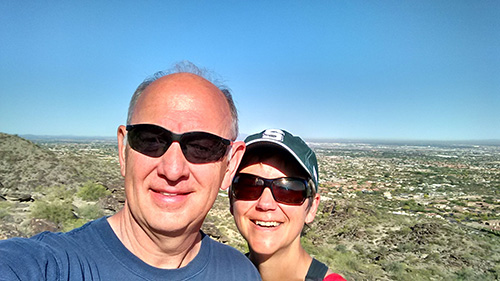 After serving more than 30 years as an officer with the Eugene Police Department, Lisa Barrong was looking forward to retirement. But just about 10 months before leaving her position, Lisa learned she had breast cancer. Having received clean mammogram results just days before, the diagnosis came as a complete surprise.

“I was reaching my arm across my body to grab something and I felt a twinge of pain,” Lisa recalls. That’s when she discovered a lump in her breast about the size of a pea. Tests showed Lisa had an extremely aggressive form of triple negative breast cancer and it had to be treated quickly.

“Hearing the words breast cancer—it’s hard to explain that moment. It’s something you’re not prepared for. It’s shock, it’s ‘OK, what are we going to do about this?'” Lisa says.

A natural problem solver, Lisa threw herself into the fight, doing everything she could to beat the cancer. She began with more than 5 months of chemotherapy, then a double mastectomy and reconstruction, followed by 33 radiation treatments.

But in the midst of her recovery, tragedy struck. The family’s home burned down.

“The blessing is no one was in the house. We were actually at my son’s baseball game, and we were watching the fire from the baseball field, not knowing it was our own home.”

When Lisa and her husband received a call from a neighbor, they rushed home. But all they could do was helplessly watch as their belongings went up in flames.

Lisa’s fighting spirit wavered when insurance claims dragged on and coverage was delayed. As she continued to battle her cancer, the family was living in a hotel and trying to regain their financial footing.

“We were floundering, trying to figure out how we were going to put one foot in front of the other, and I got a call from a representative of the Oregon Cancer Foundation. She said they heard about the fire and they wanted to help,” Lisa says. “I didn’t know what to say. I’m not even sure I was aware of the foundation at that point, but it was a warm heart at a really hard time.”

Lisa has yet to find a silver lining in the fire that displaced her family, but she continues to discover unexpected blessings in her cancer diagnosis.

“I’ve met some amazing people who are fighting their own cancer battles, and it’s inspired me to take this really rough experience and figure out how I can use it to help others.”

One of the ways Lisa is helping is by spreading awareness about Oregon Cancer Foundation and encouraging people to make a donation. She is so impressed by the foundation’s work, not only its Financial Assistance Program, but also its Survivorship Series that she and her husband are now donors.

“No matter what your life is like or what your experiences have been, nobody’s ready for cancer. Nobody is ready for their house to burn down. To know there is a foundation out there to help people, no matter where they are at in their lives, is such an amazing thing. We really want to be a part of the amazing work they’re doing.” 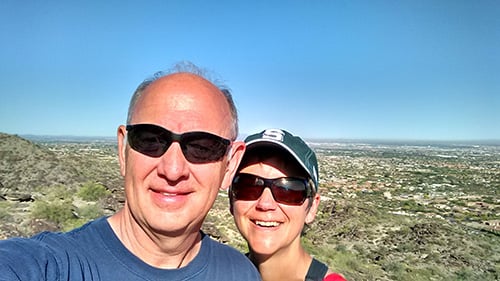 Lisa and her husband, Rex 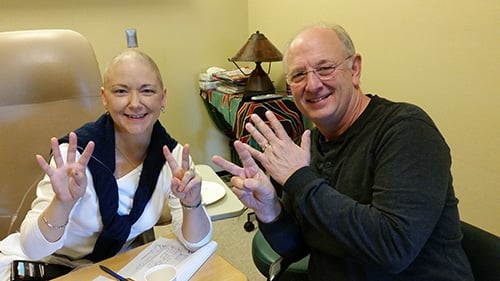 Counting down the weeks of chemotherapy 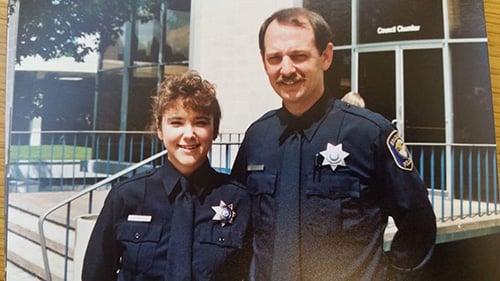 Prior to retirement, Lisa and Rex served as officers for the Eugene Police Department